Sep 30 Comments Off on Chiropractic and Injury Prevention: How Well Does it Work?

In a study performed with elite Tae Know Do athletes, researchers found an 8% increase in strength after a single chiropractic adjustment session. This significant change in strength in this study was thought to be because of the increased ability of the brain to influence muscle movement. The doctors also found that this adjustment session appeared to prevent fatigue in these patients.

Spinal adjustments are a proven way to increase strength through chiropractic. In a study with a group of college students, one single session of spinal adjustments increased the strength of their leg muscle by 16%.  This spike in leg muscle strength was also thought to be a result of changes in cortical drive and the brains of these students.

In a randomized study performed with elite Judo athletes, one session of cervical chiropractic adjustments showed an average increase of 10% when considering grip strength. After the second and third adjustments, this increased to 14% across both hands.

Other studies have shown improved brain reaction times and improved joint position sense in upper and lower limbs. It is hypothesized that chiropractic care may enhance performance, and help prevent injuries as a result of an increased ability of the brain to process sensory information faster and more accurately. If you are an athlete looking to prevent injury or correct a previous injury, contact us today to make an appointment. 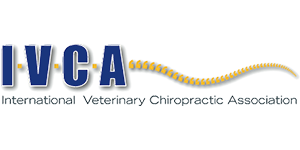